UC Tennis Club began as the Diamond Creek Methodist Tennis Club in 1975 when a group of young people from the church began playing on the Graham’s court whose property abutted the church. They entered one team in the DV Tennis Association.

In 1977 the Methodist church combined with the Presbyterian and Congregational churches to become the Uniting Church so the Tennis Club had a change of name.
The small club grew very quickly with church members and their friends joining so they liaised with the DV Shire to have the old basketball courts transformed to tennis courts at Godbhers Flats (where the Basketball club now resides). Many happy years were spent at the ‘Aeroplane’ courts – in those days there was an aeroplane which was constructed by the pupils of the then Diamond Creek Technical School.

There was always the need to fundraise to help pay for the courts and some interesting fundraising events took place – Chocolate and lolly sales, Club dinners, Card nights, Tournaments, Car trials and Chooki poo sales as well as club member individual loans.

As the club became more successful it was necessary for some teams to play at the home of Frank and June Polmears’s court in Wattle Glen. We again outgrew that situation and had the opportunity to have four new courts built at our present location, Challenger Street, Diamond Creek. SO more fundraising and a Co-operative bank loan was set up.

Under the guidance of Frank Polmear the Club house was voluntarily built by club members. The mud bricks having been made at Frank’s property by members of the church (happened to be extras from the building of the church). The DV Shire put up money but we were obliged to pay a certain amount. Every Saturday morning working bees were held commencing at 7.30am and then in the afternoon we would front up for the Saturday afternoon mixed competition. Phew !!!

Night tennis was becoming popular in the area and our four courts had lights erected. The club was very successful and kept growing so courts 5 and 6 were added in 1994.

Financially we have been very self-sufficient and were able to pay for the full cost of adding synthetic grass to all six courts which was a great improvement on our asphalt.

25 years of the club was celebrated in the year 2000 with the then current membership attending a great night at the Abbey. A social day was also organised where members from the past got together to reminisce.
The club is now known as the UC Tennis Club. 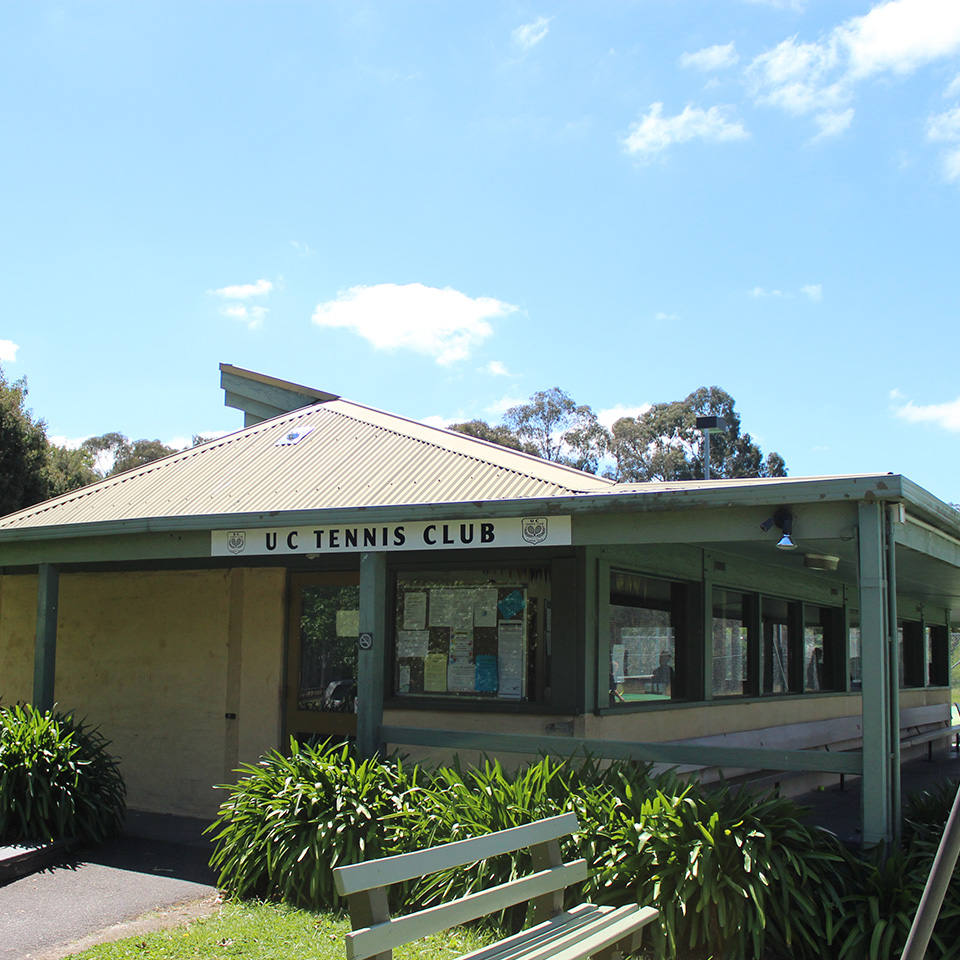